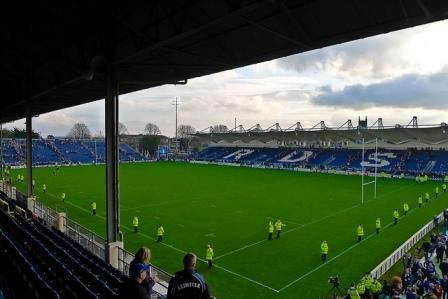 Leinster Rugby are the provincial side representing the East of Ireland, and are undoubtedly the most successful Irish side in recent years. The branch was founded in the capital city of Dublin in 1879, where they are based today at the RDS Arena. Prior to the professional era Leinster competed in annual Irish interprovincial matches as well as against touring international sides such as Australia, New Zealand and Fiji.

The RDS Arena is located in the Dublin suburb of Ballsbridge, approximately 2 miles South of the City Centre. Leinster traditionally played their home fixtures at Donnybrook, before success on the pitch led to an increase in home supporters and an eventual move to the RDS. Leinster's gates in the league now average around 17-18,000, well in excess of most other sides competing in the competition. For high-profile European games and derby fixtures against fierce rivals Munster, games are sometimes switched to the nearby Aviva Stadium, home to the Irish national team. 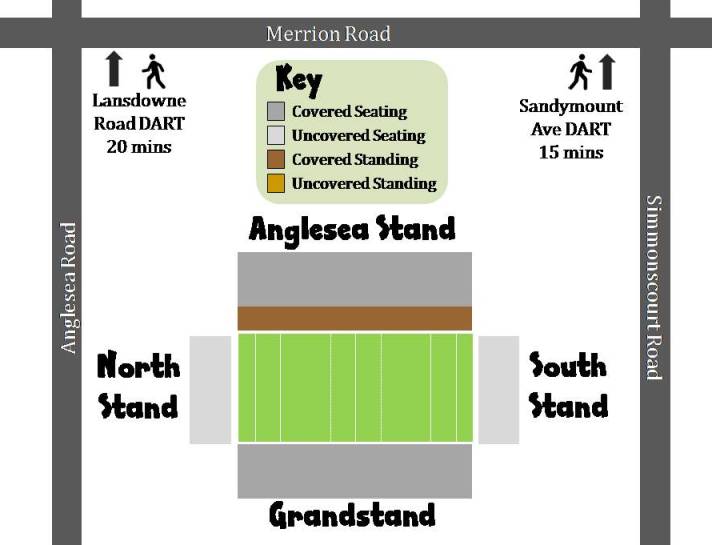 The stadium has two main covered stands running along the touchlines. The Anglesea Stand is the older of the two, and also offers the only standing terrace in the ground to its front. There are some supporting pillars here, so views can be a little obstructed but not to any great extent. Sitting opposite is the impressive modern Grandstand. Behind both sets of posts are large sections of uncovered seating, known as the North and South Stands, that can be removed for the equestrian events that also take place at the RDS. 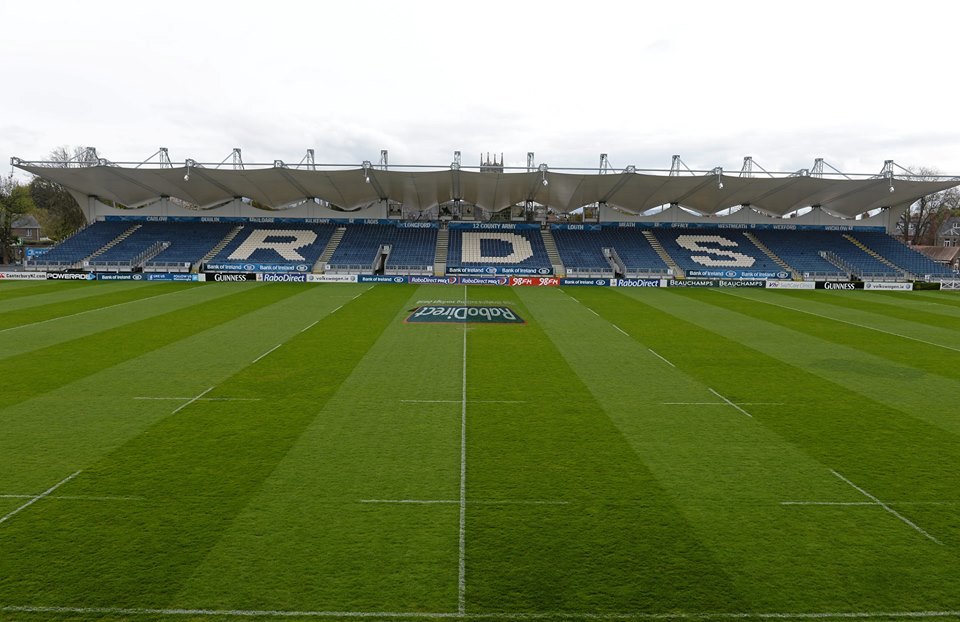 Parking arrangements vary at the RDS depending on the event, date and time - your best bet is to check with the club's website in advance of your fixture, or if possible leave the car behind as there can be restrictions on matchdays.

The closest station to the RDS is Sandymount on the DART light-rail line. Journeys from Connolly Station (one of the main stations in Dublin) take around 10 minutes.

The bus is a good option for those wishing to travel from the City Centre to the ground without walking. Dublin Bus routes 4, 5, 7, 7A, 8, 18 and 45 all serve the Ballsbridge area.

In addition, the 145 bus stops at nearby Old Wesley RFC. This bus departs from Heuston train station, so is ideal for those travelling from out of the city or other parts of Dublin.

There are two ports in the Dublin area that offer passenger services.

Stena Line Ferry services run from Holyhead in North Wales to Dublin, taking just over 3 hours. Irish Ferries also operate on this route, taking between 2 hours and just over 3 hours depending on the service selected. Bus connections to the City Centre are operated by Dublin Bus and take around 30 minutes.

Stena Line Ferry services run from Holyhead to Dún Laoghaire, taking around 2 hours. From Dún Laoghaire, you can take the DART suburban railway to Dublin or mainline rail services. Buses also operate from Dún Laoghaire to Dublin. It is also the handier port for the stadium, as it is located to the South of the city. 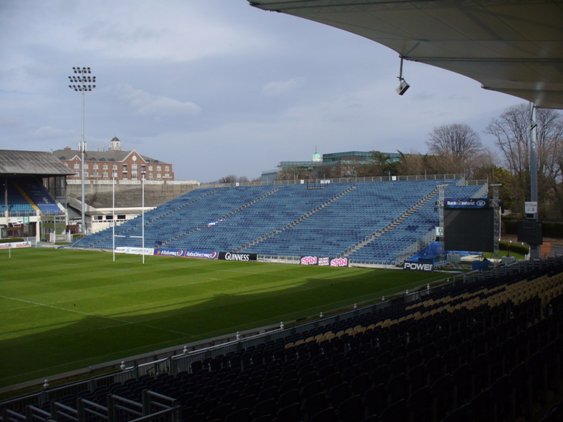 There are a number of bars inside the ground, although these do not provide a great deal of protection from the elements. Therefore, most fans tend to drink in one of the nearby pubs prior to kick-off.

Most supporters meet up before and after Leinster matches in the Horse Show House on Merrion Road. Other popular watering holes in the area include Paddy Cullens, Crowes and Mary Macs. The aforementioned Leinsterfans.com guide to the area here can provide excellent directions to your pub of choice.

Dublin is famed for its nightlife, and although most visitors head to the Temple Bar area in the City Centre, it can be fairly expensive and packed with stag and hen parties. If that isn't your scene there are a multitude of other places you can drink in Dublin, from traditional Irish bars with live music to large nightclubs open until the small hours - check out one of the guides online. 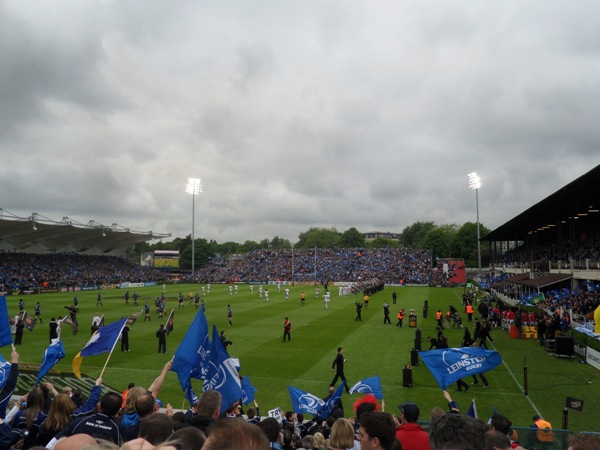 View from the South Stand

Help fill out this section!

Before / After the Game

You are unlikely to go hungry in Dublin, which caters for every budget and preference, although the popular tourist areas will tend to be more expensive so it's best to shop around or check out reviews to ensure you get value for money. 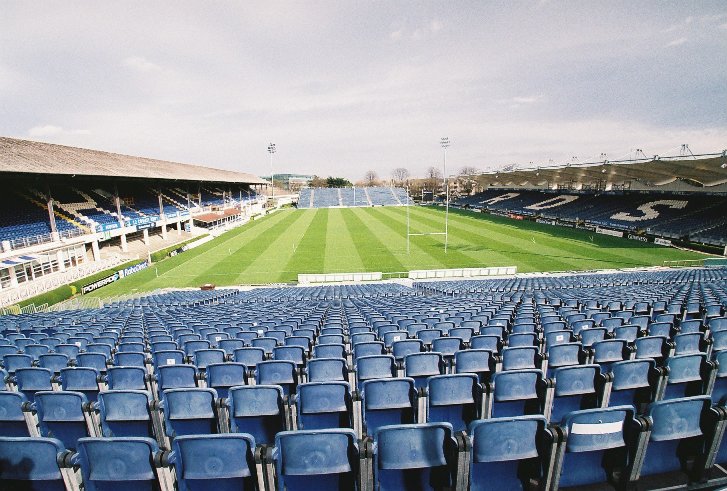 From luxury hotels to dirt-cheap hostels, Dublin caters for every type of visitor so simply search online to find what you fancy, though be warned that prices tend to be above average due to the popularity of the city. The majority of first-time visitors stay in the City Centre close to the action, although if you want a more relaxed stay you could consider staying in the Ballsbridge / Donnybrook area near to the ground and still be within easy reach of the main sights.

Dublin is one of the most popular tourist destinations in the world, famous for its nightlife, history and a list of attractions too numerous to include here. Whether you are into fine dining, exploring history or a night on the tiles, Dublin should fit the bill.