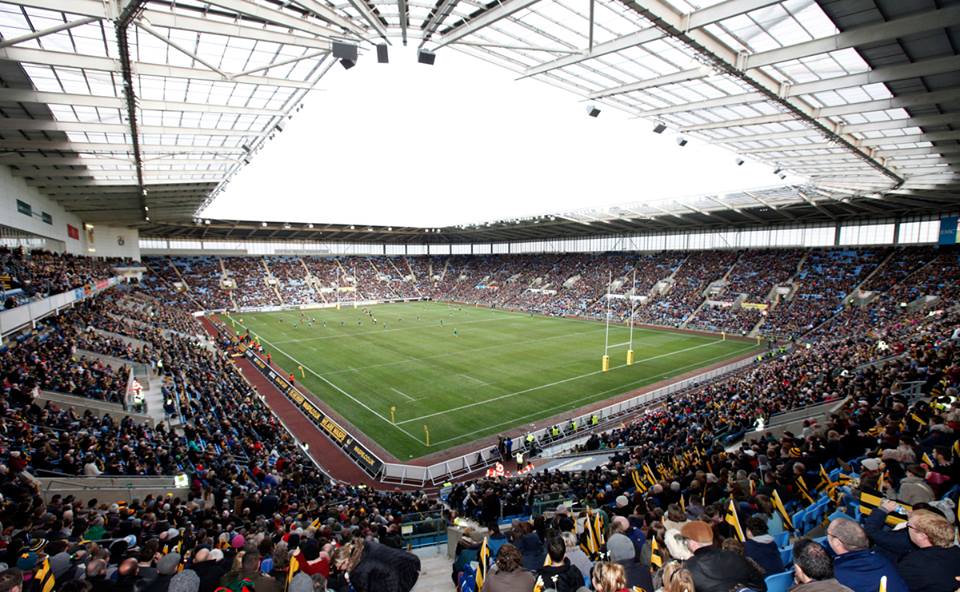 Wasps (originally Wasps FC) were founded in North London in 1867, with the choice of name following the traditions of the time to involve an animal or insect species. The club's spiritual home is in Sudbury, Middlesex where they spent many years before upping sticks and relocating to Coventry in late 2014, where they play at the Ricoh Arena.

The Ricoh Arena is a multi-purpose stadium situated just outside of Coventry City Centre, and can accommodate 32,600 spectators. It was opened in 2005 as a replacement for Coventry City FC's ageing stadium, although the relationship between the football side and the stadium's original owners was subject to continued disputes. Wasps now own the stadium outright.

The stadium is a bowl shape and is completely seated and covered, with all the modern facilities you'd expect from a new stadium. As well as the stadium itself, there is also an exhibition hall, hotel, casino and large shopping centre on the site. 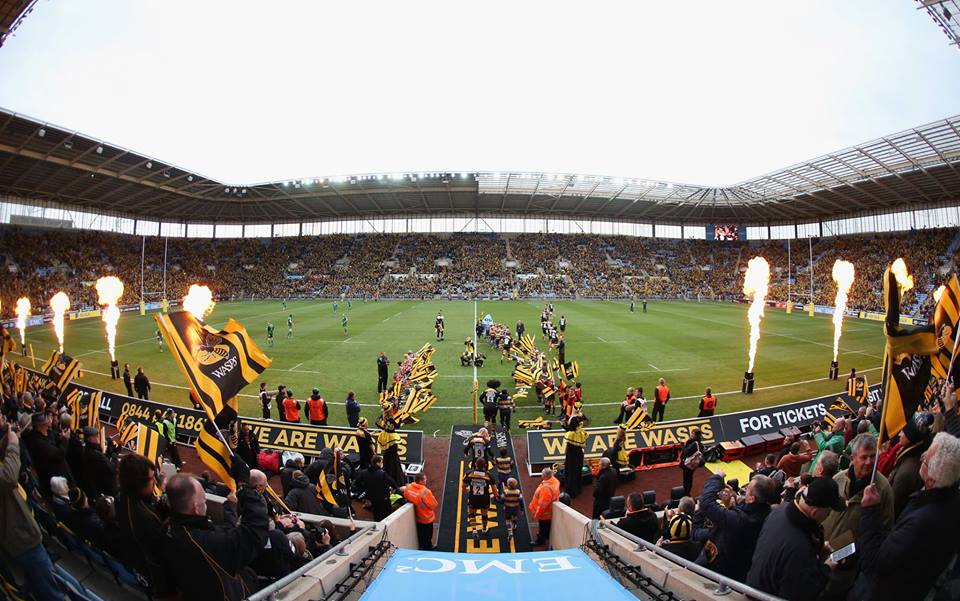 Big crowds have followed Wasps to the Ricoh

The stadium has over 1,000 parking spaces available on match days and is less than 1 mile from the M6 motorway.

A new station (Coventry Arena) was opened in 2016 nearby to the stadium, but the services are only hourly and with fairly short carriage lengths meaning they aren't particularly fit for purpose with matchday crowds.

Despite that madness, there are shuttle buses between the stadium and Coventry main station, where there are fast connections to Birmingham, London and Milton Keynes amongst others.

The closest airport to Coventry is Birmingham International, with a regular and short train service linking the two.

Luton Airport is about 90 minutes from Coventry, with direct connections possible via the National Express coach service, or alternatively you can take a bus from the airport to Milton Keynes and catch rail services to the Midlands. 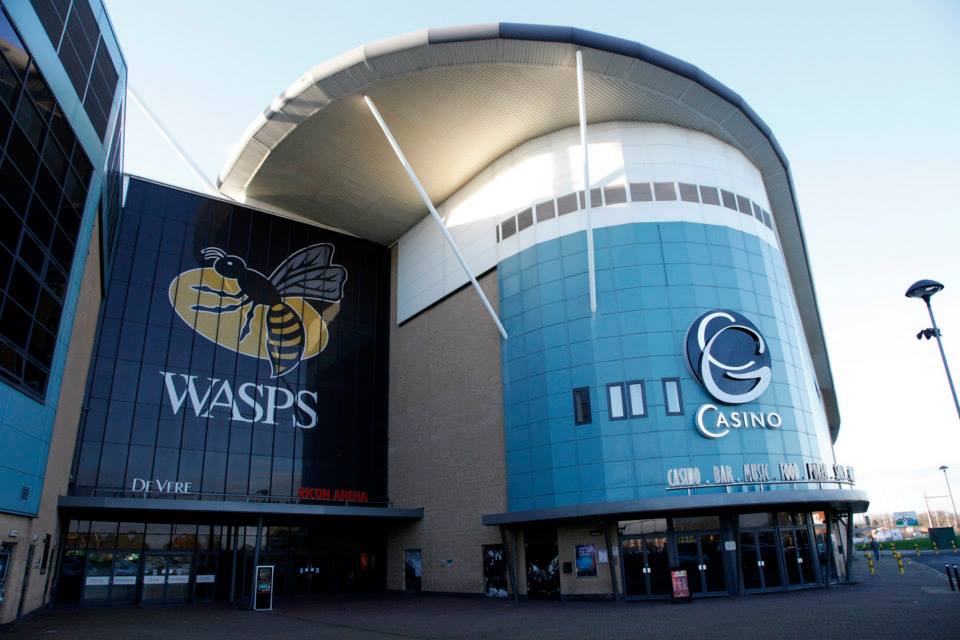 Fancy a Flutter? The outside of the Ricoh Arena.

There are bars dotted around the bowl of the arena.

As an out-of-town stadium, there are limited pubs in the immediate vicinity of the Ricoh. Therefore, the best way to enjoy pre and post-match drinks and to mingle with fellow fans is in the excellent fan village, situated within the stadium complex.

Wasps fan Mark tells us on good authority that it is an excellent facility with ample food and drink outlets, usually a band playing and a chance to meet some players. It's all indoor and there are things for kids to do too, so should be a winner for everyone regardless of the weather.

Fellow Wasps fan John has provided a few further options if you are willing to take a little stroll.

As above, the fan village is your best bet close to stadium. There is a shopping village-affair adjacent to the stadium though this is limited to chain restaurants.

There is a hotel onsite with 121 bedrooms, though you may prefer to locate yourself in Coventry itself if you want to do anything other than watch the game.

Whilst Coventry isn't renowned as a major tourist destination and has suffered the wrath of post-World War 2 rebuilding primarily in concrete, there is enough to satisfy most people on a day trip one-night stopover, including a magnificent cathedral. Look a little further afield however and you can find plenty of interesting things to see and do, including;